Geocase Online discussion series: “Military-Political Situation in Eastern Ukraine, the Threat from Russia and the Impact of Current Events on the South Caucasus”

The online discussion “Military-Political Situation in Eastern Ukraine, the Threat from Russia and the Impact of Current Events on the South Caucasus” was moderated by Viktor Kipiani, Chairman of Geocase.

Kipiani stressed the importance of the developments in Ukraine and the existence of a common threat from Russia to the entire Caucasus region as well as Georgia in particular.

“Developments in Ukraine are always interesting and relevant for Georgia, how events will develop in Ukraine will be decisive for the Caucasus region as a whole, as well as for our country,” said Kipiani.

Andriy Zagorodnyuk, Chairman of the Center for Defense Strategies and former Minister of Defense of Ukraine (2019-2020), reviewed Russia's military-political actions in the country in a historical discourse and named the factors that contributed to the current situation in southeastern Ukraine. “Russia wishes to restore the Soviet reality in the whole region. This is its real motivation, it does not like its successful neighbors on the path to European integration, and especially Ukraine. The scenario conceived by Russia was much larger than it turned out in reality.

“Moscow wanted to involve the whole country in a military conflict – Odessa, Nikolaev, even Dnepropetrovsk were its target, even though it is not located on the border. "However, Russia has overestimated its power, failed to take into account such feedback from the Ukrainian authorities and civil society, the support of the international community, and now we are where we are,” said Zagorodnyuk.

Millions of rubles were spent in mobilizing military equipment, naval or land resources in eastern Ukraine for two months, all of which were 10 times more than Ukraine's military resources. According to Kabanenko, Russia saw the retreat as a defeat, not a compromise. “Russia uses various excuses to justify its military actions in the southeast of Ukraine,” he said, “but it is clear to everyone that Russia is trying to demonstrate force and is waiting for the right moment to carry out open aggression. Due to certain external or domestic factors, Russia has not been allowed to do so thus far.

“I do not exclude the possibility of firstly, starting a hybrid war and then opening fire. All this with Russia’s famous handwriting – the will to ‘establish a peaceful order’. We cannot relax, under any circumstances. I advise my Georgian colleagues to do the same, because Russia is waiting for the moment to carry out open aggression.”

General of the Ukrainian Army and former Chief of General Staff and Commander of the Armed Forces of Ukraine (2014-2019), Viktor Muzhenko, during the discussion, noted that Russia has a long-term military operation. According to him, from July 2021, Russia will start redeploying military forces from Ukraine to Belarus. "Russia's military actions have been planned in the long run,” he said. “It has lots of military action scenarios. I think the second part of the action will start in July. However, the results of the meeting between US President Biden and the President of the Russian Federation, Vladimir Putin, in June, are important. Until then, I think a lot of provocations are expected from Russia."

Sergei Savchenko, Major General of the Reserve, Head of the Center for Analytical Research and Combating Hybrid Threats, drew attention to the hybrid threats posed by Russia. "Since 2014, the aggressor is having a hybrid war with Ukraine, after which, according to the scenario, Russia changes its tools and moves to open aggression. We are now at the stage of one of the operations of this war, which has political-strategic tasks. We call them: Operation Federalization and Operation People's Government.

"Russia's algorithm of military action is as follows: Ukraine cuts ties with the West, enters a deep socio-economic crisis, calls a referendum, and if there is an attempt to delay this scenario, Russia responds to provocation from any region by opening fire and launching open aggression."

Retired Major General Vakhtang Kapanadze, former head of Georgia's Defense and Military Representation in NATO and the European Union and a research fellow at Geocase, focused on Russia's policy, which ignores all formal agreements and non-binding border agreements. "Russia wants to show everyone its strength, that it is a major player even in this region," said Kapanadze.

In conclusion, Kipiani noted that the states of Ukraine and Georgia have an untapped resource of partnership, which is a topic for future conversations. He also announced a future online discussion as part of the Geocase webinars, taking into account the role of the West in current events and the Turkish factor in the Black Sea region.

"Georgia and Ukraine have untapped resources for both political and military-strategic partnership. In spite of all the factors, the worthiest response to the aggression would be the statehoods of Ukraine and Georgia free from Russian influence. This is [only] possible through groundbreaking internal reforms in both states," said Victor Kipiani. 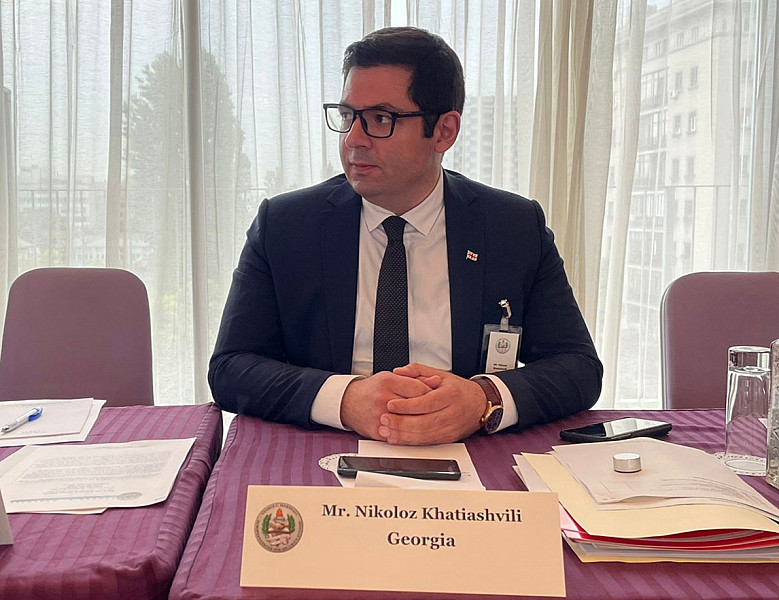 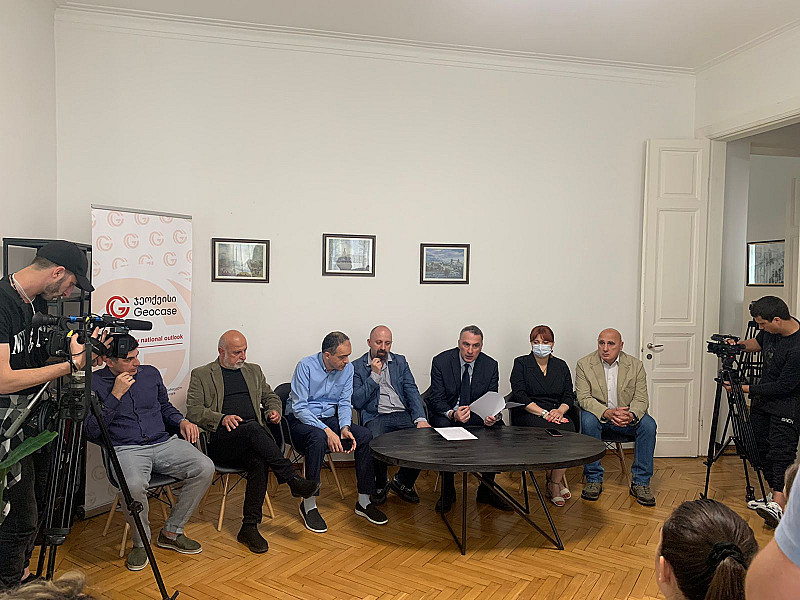