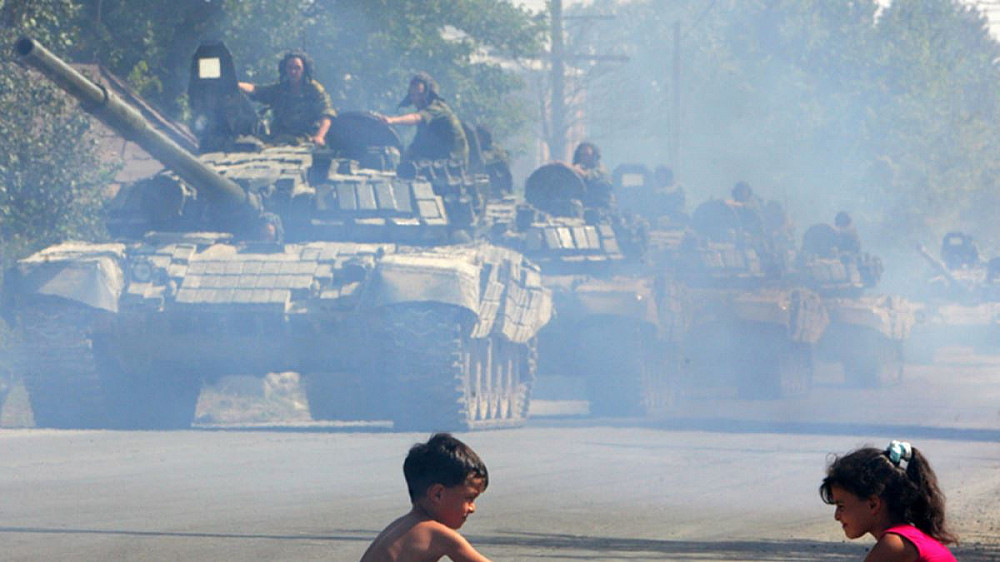 
The South Caucasus, one of the world’s most historically and culturally diverse regions, is once again at the centre of world attention—this time as the result of the most recent outbreak of fighting between Armenia and Azerbaijan over the disputed region of Nagorno Karabakh. The scale of this new ‘hot phase’ is noteworthy: according to various sources, the number of casualties and the amount of material damage is huge, the highest since the 1990s, and with no end to the fighting in sight.

The modern structure of relationships between the countries of the South Caucasus has evolved over the past few years, progressing from mere bilateral relations to a more complex multi-layered system. In this diversity, many researchers and politicians see certain historic parallels as well as the new contours of a post-Covid international order.

Thawing of the frozen conflicts

We believe that the Caucasian puzzle raises more questions than it provides answers. The question of the so-called ‘frozen conflicts’ on Georgian territory, the conflict over Nagorno Karabakh, and neighbouring confrontations over the rearrangement of the South Caucasus model of power and the correct redistribution of interests therein are on the list of foreign policy priorities in many capitals around the world. What makes this complex regional order even more complicated is the equal lack among interested parties of sufficient interest in the resolution of the conflict that opposes Armenia and Azerbaijan, the inadequate expression of such interests, and in some cases even the total absence of such interests. This newest episode of fighting has already been going on for a few days, and the figures are rising.

It would be only fair to mention that, over the past few days, several leaders have made statements regarding the need for a ceasefire and have offered to mediate. An appeal to mediate was formally made by the Russian Federation, too. Against such a background, it was and is perfectly natural for Georgia, as a neighbouring country, to express her readiness to support the peace process and host a dialogue between the two parties in Tbilisi. It is no coincidence that, when he made this offer, the Georgian Prime Minister underlined the fact that Tbilisi has historically entertained good relations with both Armenia and Azerbaijan, and that every citizen of Georgia, regardless of ethnic origin, has played an important role in the development of the country and the wider region.

Georgia’s offer did not neglect the overall regional picture either, as the Prime Minister spoke about the role of international actors in regional security and specifically called upon them ‘to make the most of available opportunities to end the escalation and resume dialogue.’ In saying this, the statement unequivocally underlined the fact that, whatever the efforts for peace that Tbilisi or any other capital might undertake, the specificities of all existing regional interests must be taken into consideration if this goal is to be achieved.

We believe that the importance of order and stability in the South Caucasus goes beyond the region itself: Caucasian diversity is truly a creator of a system in the big picture of Eurasian security.

The collapse of the Soviet Union left a difficult legacy that the three countries of the region have still not been able to completely overcome. State institutions are still establishing themselves, but their insufficient steadiness makes various political systems even more vulnerable, and placing the Caucasus on the map of global interests and activating strong regional actors has made the challenge of stability and peace even more complicated and intense. A certain ambivalence has also been added that exists between the West and East, especially with regard to specific ‘post-Soviet’ countries. Nowadays, in modern sources, such countries are referred to as ‘buffer states’ or ‘no-man’s lands’ or other amorphous phrases.

Regional themes are undeniably interesting material for research, but this time human lives are being sacrificed to certain political actions, and regional peace is being postponed to further future prospects. We should also add that, along with common regional arrangements, it is vital to find specific answers to the so-called issue of ‘ethnic’ conflicts. And it is no coincidence that we used the term ‘so-called’ here: the region’s specificity and the interests of countries involved in ongoing processes unequivocally indicate that these conflicts bear all the hallmarks of major geopolitical conflicts rather than simply ‘ethnic’ ones. Reducing them to an ‘ethnic’ category is therefore either the result of a lack of knowledge of these conflicts or an intentional effort to distort their very essence. The origins of the so-called ‘Georgian-Abkhaz’ and ‘Georgian-Ossetian’ conflicts is, for example, a destructive response to Georgia’s foreign and geopolitical choices.

An approach tailored to the South Caucasus

Nowadays, unfortunately, there is no ready recipe for solving ethno-geopolitical conflicts. The circumstances are also worsened by the fact that many post-Cold War standards of the global order have become obsolete and have not yet been replaced by new and more effective systems. Attempts to regulate conflict situations are also complicated by the fact that every region is distinguished by its own ethno-psychological origins and historical and cultural signatures. The South Caucasus is one of the best examples of this phenomenon that requires a tailor-made approach. When choosing the correct individual approach, it is vital to adapt it to every single participant and to ensure their proper co-ordination. This is the co-ordination that Georgia’s offer to mediate is referring to, the origins of which lie in Georgia’s traditional and historic support for peace and reconciliation in the South Caucasus as well as in the constructivism caused by current developments and that aims to overcome obstacles.

In the meantime, the war continues, and every hour brings only more news of more human tragedy. It is time, especially in the South Caucasus, to take more responsibility towards resolving inter-regional disputes. It is also vital for those parties interested in the Caucasus to devote more of their efforts to turning the region from one synonymous with war, conflict and instability into one synonymous with peace, mutual understanding and development instead.

The article was first published by Brussels Morning