The Three Seas Initiative: An All-important Project for Georgia and the Region 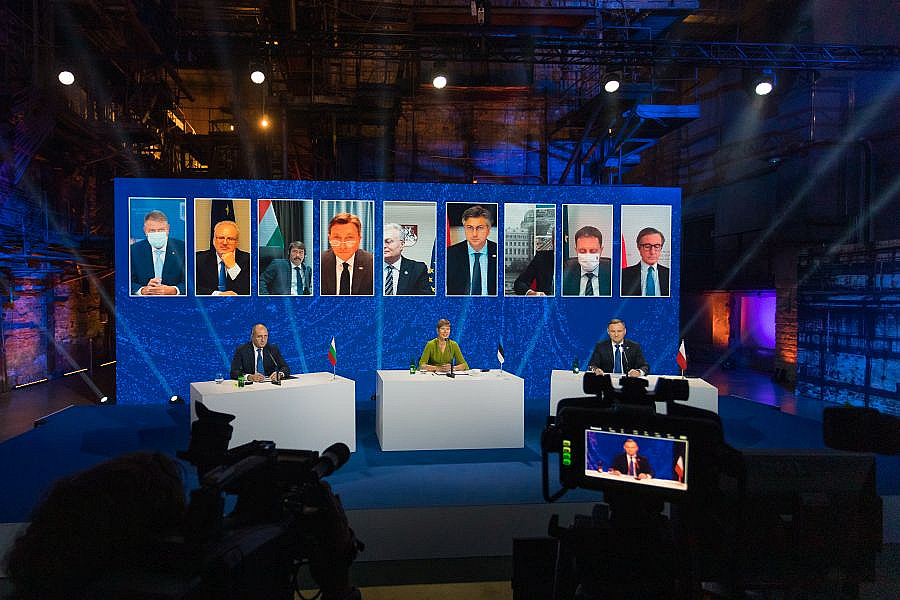 The formation of our new world differs in complexity, notably according to a number of pandemic and post-pandemic factors that encourage the transformation of old “centres of power” and the emergence of new ones.

An unavoidable result of this process is the multiplication of multifaceted and multilateral formats of interest in international relations, particularly as a result of their regionalisation. Accordingly, in every region we end up with overlapping or conflicting interests defined by the specific national and international characteristics of different countries.

The Black Sea is one of the regional nodes of the Eurasian strategic space, defined by its access to the sea and its proximity to Russia, Western Europe, NATO’s eastern flank and the Middle East. The region is not simply a geographical expanse, but a critical crossroads at which the Eurasian policies of the West, Russia and China are at loggerheads. In addition, the Black Sea is on the front line of the meta-conflict that contraposes the two normative worlds of democracy and freedom on the one hand and oppression and revisionism on the other. Any meaningful initiative or project to increase the resilience of democracies in the region—one that defines and follows policies capable of effectively containing hybrid or other threats—is therefore of the highest priority, in addition to the regular focus on protecting partner nations that are not formal members of NATO but are nonetheless closely linked to the Alliance in one way or another.

The latter goal is especially relevant to Georgia, which faces continuing Russian occupation, growing Turkish assertiveness in the region, and the conflict between Armenia and Azerbaijan. New solutions are needed if we are to address these many challenges in a bold and creative manner, and these solutions run through viable regional platforms, organically established in pursuit of a “kinship” of geopolitical and geo-economic interests. No other part of Eastern Europe displays the same distortions in terms of preserving the unity of democracies and ensuring their sustainable development as the Black Sea and its surroundings. Nowhere is the asymmetry between the northern and southern halves of the Western security architecture as dramatic as with the Alliance’s members and partners around the Black Sea. Hence the pressing need to carry out a new Marshall Plan of economic and investment projects in the region on a broad and uninterrupted scale.

The Three Seas Initiative (3SI) is in fact a 21st-century Marshall Plan for Central and Eastern Europe. Its figures are impressive, with up to one billion US dollars to be contributed to the economic development of these regions. And its potential political and institutional impact is just as great: by interconnecting various actors, 3SI would help maintain stability and democracy in countries that the Old West formally describes as “peripheral”, thereby preserving democracy in the entire Western world. Yet realising this interconnection in terms of a “spillover” effect implies more concentrated efforts to solidify institutional governance and the rule of law in “peripheries” that matter, and that are rightly seen as fitting into the Western political, security and cultural context to which Georgia clearly belongs.

A key side effect of 3SI is the forging of a new sense of unity between free nations in the Adriatic, Baltic and Black sea regions, with the Euro-Atlantic political community pursuing continued, meaningful and results-driven efforts with those regional partners that share its vision. While striving to employ every possible opportunity to make the region a platform for reducing conflict and accommodating conflicting interests, the Euro-Atlantic community should eventually manage to master the art of balancing national interests and define a meaningful security concept stretching from the Baltic to the Black Sea and the Adriatic.

Needless to say, 3SI is as important for Tbilisi as any other viable initiative capable of bringing the country closer to Europe, and increasing Georgia’s engagement with Central and Eastern Europe is indeed essential for the country’s economic development and efforts to upgrade its critical infrastructure—not only for Georgia’s benefit, but also for that of the countries of the wider Black Sea region. Besides the shared objectives of improving transport, energy and digital connections, however, Georgia matters to Europe’s eastern flank as much as democracy and security matter for the renewed presence of Western political and defence alliances in key regions of Eurasia; and ties and bonds are even more important to the establishment and entrenchment of resilient democracies and sustainable economies in “grey”, “buffer” or “in-between” areas.

That said, 3SI is one of the very meaningful (yet relatively rare) regional projects that promise a long-lasting impact for participating countries and beyond. On 16 April 2020, Estonia—which hosted the very recent Three Seas Virtual Summit—joined the Three Seas Investment Fund, which was specially designed to provide economic support to political capabilities by investing in large-scale infrastructure projects. Georgia is ready to consider any kind of participation in this fund as a first step towards gradually engaging with 3SI. Georgia would also suggest that the 3SI countries begin to consider reaching out to others who, although not formal members of the EU, are undertaking political and economic reforms that fully meet EU expectations and standards, as the entire palette of the European case calls for commensurately rapid ideas and decisions.

Connecting non-3SI countries—among which Georgia is clearly a front runner—to the initiative would send an unequivocal message that the bearers of Western civilisation stand shoulder to shoulder with the pro-democratic nations of “this side” of the Black Sea region, and would better protect the interests of the new family of free nations gathered along the curve of the Three Seas Initiative. Timely decisions to integrate others in one way or another would also signal that we (at whatever level) will not recoil from the salutary mission of maintaining common values and freedoms, and that we stand united in our resolute commitment to face and resist the subversive effects of revisionists whose interests are alien to those of the West, and therefore to those of Georgia, too. The authority of any initiative must these days be based equally upon physical strength and moral rectitude.