Turkey’s Re-Emergence in the Caucasus after 100 years 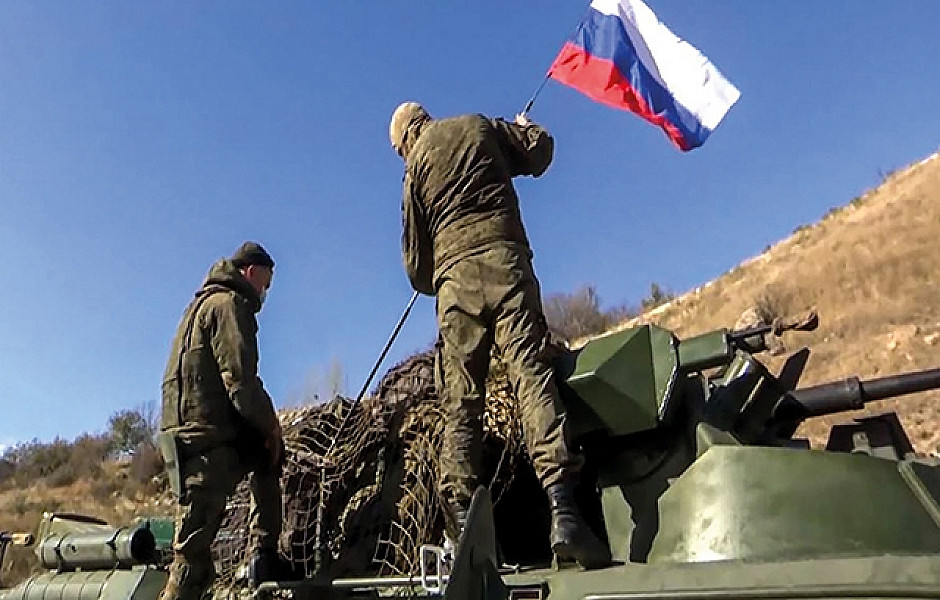 As the second Karabakh War ended, it is time to reflect on Russian aims in the South Caucasus. Thought by many as a victory for Moscow in its being able to station its peacekeepers, and in the truncated Karabakh, an alternative view might be presented.

First are the medium-term problems Moscow will be facing. The issue of the displaced Azerbaijani people returning to the recovered regions around Karabakh will be a tough process to navigate. Another challenge will be the safety along the division line between the Armenian and Azerbaijani sides, which now runs between Shusha and Stepanakert, Karabakh’s capital. The proximity of both sides will put tremendous pressure on the Russian peacekeepers. Incidents of a varying degree could jeopardize the entire mission.

Though hailed by Yerevan as a guarantor of peace, the five-year term of the Russian peacekeeping mission is an uncomfortable reality for the Karabakhi Armenians. As the stipulation states, both Armenia and Azerbaijan have a right to stop the extension of the agreement. Undoubtedly, Russia will work hard to make sure neither Baku nor Yerevan want to have the Russian peacekeepers head back home. It is also clear that Armenia, due to its poor military results, is unlikely to be a side to support a Russian departure.

Baku, on the contrary, could pedal this scenario. Though thankful for Moscow’s reticent position during the war, resentment in Baku towards the Russian military presence, which will be unwilling to leave Karabakh, may emerge. This happened in Ukraine, Georgia and Moldova, and Azerbaijan is likely to be no different.

A long-term challenge, NATO member Turkey’s emergence as a direct military player in the South Caucasus after 100 years, is a significant development which will influence Russia’s calculus. Azerbaijan allied itself with Turkey and was victorious, a move made possible through Azerbaijan’s decade-long military build-up and Turkey’s continuous logistical support and training. Now, Turkey is considering sending its troops to Azerbaijan. Before the war, this would have been impossible. A great power competition is back in the South Caucasus.

Although there remain multiple questions on its successful operation, Turkey also gained a corridor to the Caspian Sea which could allow it to anchor its influence in the resource-rich region and, in the longer term, even look further, towards its Central Asia kinsmen. This creates a major dilemma for Russia and Iran, both of whom historically viewed the Caspian Sea as a condominium between themselves. They also aspired to project their influence over Azerbaijan, which is set to serve as a transit country for the North-South transport corridor stretching from the Persian Gulf to the Baltic Sea.

There is also a great power status reality check. Russia’s decision to use the peacekeepers card is, in a way, an escalation of those options which were traditionally at the hands of Russian politicians. As a dominant power, Russia ideally should have navigated the differences between Armenia and Azerbaijan without involving itself directly. Acting as a power which dissuades from war based on its prestige is what a great power position is all about. The Russian decision, however, could signal if not an immediate decline, then a limit of options. After all, Russia has been pushing for a peacekeeping mission for years, but it is symptomatic that this option was realized amid Turkey’s growing influence and Azerbaijan’s military preponderance.

For Russia, the Turkish military presence in Azerbaijan is a NATO military presence in its backyard. In fact, the West’s reticence or rather inability to influence the conflict could be substantiated by the relegation of its position to Turkey. Ankara could be a major Western agent in the Caspian region. After all, does the EU and Turkey’s connectivity and South Caucasus energy corridor vision not dovetail? In the age of the Biden presidency and some signals on possible rapprochement between Turkey and the West, the South Caucasus is the region where both actors’ aims coincide.

The above article was first published by Georgia Today

Author:
26 Nov 2021
The vast attention paid to China’s Belt and Road Initiative misses the historical precedents on which it is based. Hearkening back to the nomadic understanding of geography of medieval times, the Chinese are following through on what the Mongols, and later Tamerlane, at...
Read more

Ukraine is Back on Russia’s Agenda

Author:
26 Nov 2021
The vast attention paid to China’s Belt and Road Initiative misses the historical precedents on which it is based. Hearkening back to the nomadic understanding of the geography of medieval times, the Chinese are following through on what the Mongols, and later Tamerlane...
Read more

Russia: The Neighbor From Hell

Author:
21 Nov 2021
Three crises along Russia’s borders offer an insight into how the Kremlin tries to translate turbulence into geopolitical profit.  From Belarus to Ukraine to Georgia, an arc of instability has emerged, offering opportunities for malign activities by foreign powers....
Read more

For China, Private Military Companies are the Future

Author:
9 Nov 2021
Despite the troubles the industry currently faces, Beijing is likely to increase its reliance on PMCs. The present international environment—with a deteriorating global security situation and a sprawling Belt and Road Initiative—underlines the need for protection of gro...
Read more