The Reality We Live In: Thoughts at the Year End 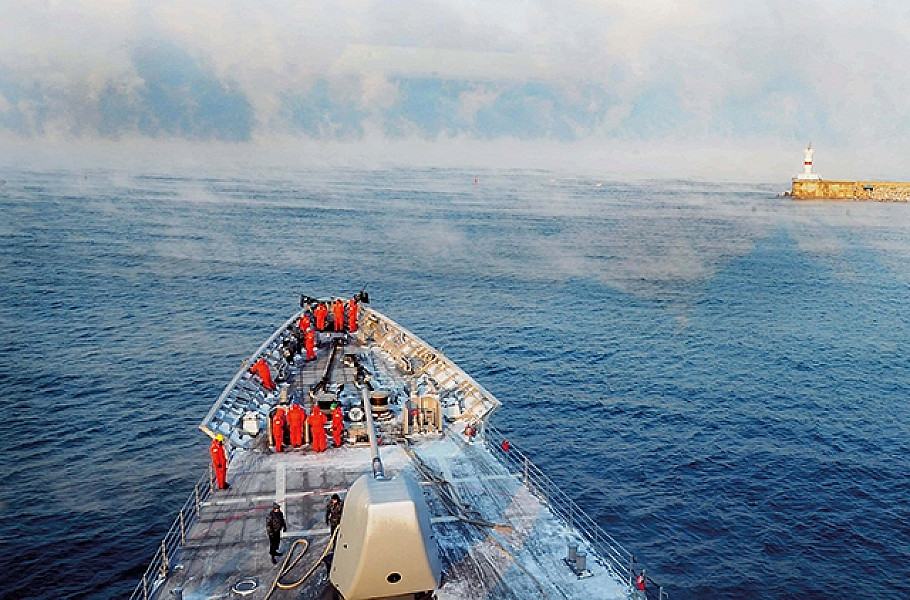 Much has been said about this newly emerging wave of global instability and disorder. There are many reasons, factors, and analyses given on a regular and routine basis. Clearly, there is a proper set of orderly reflections on what has happened in regards to global stability and how it must be cured and addressed.

For the purposes of this article, we would rather avoid repetition, and would like to reiterate what to consider to be mainly reflections on global instability, if you will. That being said, let us briefly go through those reasons and considerations that have triggered what we all are facing these days.

When pointing out such in-depth causes, our view is that they all have a common denominator, and bear one and the same semblance. That commonality could well be named, albeit with a name that is quite vague and obscure, but explains a lot: “a disruption of cohesiveness”.

Our world has never been cohesive enough, however, though this notion is relative, as you may appreciate. The Cold War provided for its own cohesiveness when laying down a unique structure of international relationships. The structure was predominantly premised on a near hot-phase conflict of two global powers, but with enough diligence to never cross the line, using a structured, well-oversighted system of proxy wars. The global lot was simple and straightforward enough, although some reasonable intricacies and intrigues were admitted.

With the end of the Cold War and dismantling of the old structure, however, a whole range of extremely challenging “new normals” and brain teasers in regional and international relations and security have started to emerge. The 2008 war between Russia and Georgia was a farewell salvo, signaling that some remnant of the old deterrents was passing, while the annexation of Crimea was the closing act where the old rules of the game were finally gone. In a very short historical span of time, we have witnessed a process of ‘creative destruction’, along with emerging and re-emerging threats, but also with new opportunities. However, there is not enough indication that a new set of standards are under construction to bring a fresh wave of healthy cohesiveness into the global edifice; nor are there sufficient well-concerted efforts turning new opportunities into tangible gains.

Our view is that the next major rupture will be an excessive fragmentation of the world system pursuant to multiple non-connected regions. Each region representing – if not completely independent – a mostly independent policy-making center, implanting policy based on not only its own perceptions, but misperceptions as well. Regionalization is not necessarily bad. Moreover, it brings clear advantages when a certain regional design is well thought and enacted. But if implemented in a hasty and irrational way, it could lead a regional process into the murky waters of real threats and challenges. The recent events in Nagorno Karabakh, which left the respective parties and stakeholders with a rather complex and multi-layered cease-fire agreement, is an example of somewhat contradicting interests and expectations that could backfire at some future point in time.

The next two factors undermining global security and order are the changing peaceful means for resolving trade and commerce disputes, and controversies caused by the use of coercive means to an unabashed degree. Trade wars, sanctions, and embargos have become frequently used language for a diplomacy of “new normals”. This leads to a further fragmentation of global bonds and brings in visible disruptions that make a healing process as painful as one could possibly theorize. This rather unfanciful toolkit for diplomatic dialogue – or, should we say, non-dialogue – coupled with a risky process of retailoring or “creatively destroying” the global supply chain on a massive scale. This way forward promises to heavily damage the cohesiveness of a global economic fabric which, ultimately, adds to wide-scale security system distortions as well.

Last, but not of any lesser maligned impact, is a “disconnect” between the state and its nationals. Policy-making should act as the true stakeholder to drive national economy or ensure a much-needed social safety support. The more so-called laissez-faire the state has become in this regards over the past years, the more porous and vulnerable our civic composition has become vis-a-vis various populist, radical and extremist forces. This very fatal process for alienating a given society from its own state institutions, making the former highly self-driven while the latter dangerously detached, presents a deadly blow to global security, threatening to tear down the autonomous cohesiveness of national security cells.

As mentioned, this is a summary of the innate causes of the ongoing instability and a looming larger disorder. Meanwhile various other manifestations, such as conflicts, terrorism, illegal migration and other wrongs, are explicit of those very same causes (as well, as a few others too) boiling just below the surface for some time already.

But how to right the wrongs? Remedies could be various and advice is plentiful these days. Allow us to mention just a few.

Some go to the very basic but well forgotten skills of international politics, which are so badly required for any success when attempting to rebuild a new, stable edifice, expertise, honesty, respect and goal-sharing (but not necessarily value-sharing).

Next, since every large edifice starts from carefully placed blocks, regional and sub-regional orders must be placed in the right way. This task is even more important when taking into account that the modern world has become so multipolar, and such multipolarity reflects an emergence of various regional centers of gravitation. Among those is clearly the Black Sea region. These days, there are many discussions and initiatives to put the region in a proper prospective. From our standpoint, let us please raise a proposal for any further discussions, and that proposal is about signing a framework document under the name of the Black Sea Declaration.

The Declaration will emphasize how essential the Black Sea region is for world peace and stability by helping reach the same in our region. Among other possible issues, the Declaration will: 1) underline the importance for regional security partnerships; 2) speak of the region as a “free-area” from maligned influences and “special zones of interest”; 3) emphasize a requirement for concerted efforts for mobilizing funds to diversify the regional infrastructure, and promoting socially and environmentally sustainable projects for the region; 4) touch on frozen and prolonged conflicts as well as express support for sovereignty and territorial integrity of countries in the Black Sea region; 5) provide for local venues for deliberating on regional security threats, terrorism and migration related challenges; 6) emphasize the importance of open discussions on regional free trade agreements and trade associations.

Discussions on shaping a new global and regional order seem to be a never-ending process; however, it is a very timely working out some clear contours already and finding a right and well-balanced exit from the grips of the unfolding turmoil and disorder.

The article was first published by Georgia Today