Investments Welcome: But What is Their True Intent? 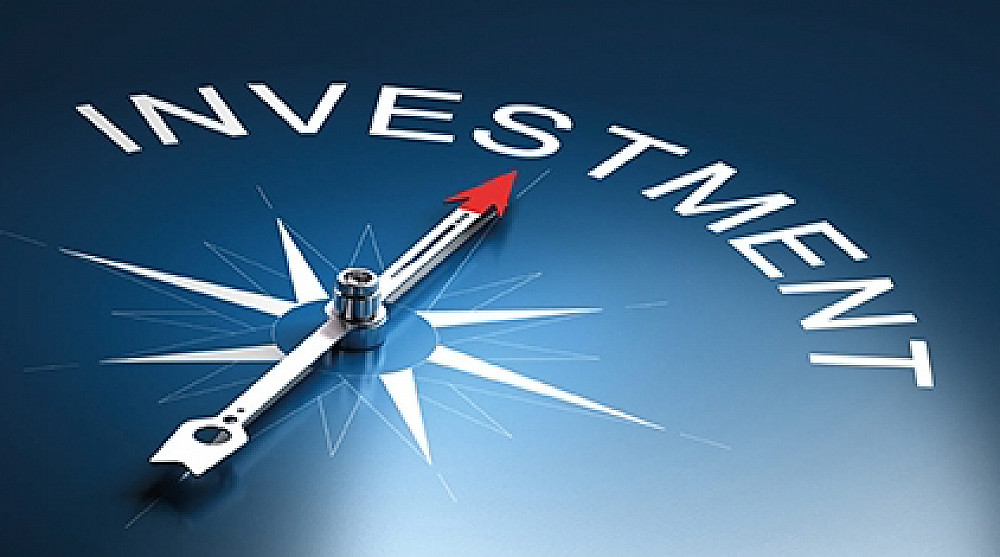 Upgrading infrastructure, developing logistics, adopting modern technologies, keeping up with major trends for boosting quality of life, laying solid foundations for economic (read: civic) inclusiveness: accomplishing these and many other priorities is unthinkable without heavy and ‘smart’ investment. Whilst the sources of domestic investment are nearly always identifiable, inbound foreign investment poses the greatest challenge, especially for weaker developing countries, given the need to fend off undesirable political or economic consequences by identifying and potentially blocking inbound investments which might threaten state interests or even compromise national sovereignty. The financial importance of investments from abroad cannot be overstated: and beyond their importance for the economy, investments are equally vital in terms of cultural exchange and interaction with the rest of the civilized world. However, given the speed with which the global (dis-)order is developing and the once formidable structure of the post-Cold War system is unravelling, no observer can fail to discern the emerging pattern whereby aggressive policy-making is increasingly equivalent to clear interference with national state-building processes. Equally evident is a shift away from overt forms of influence towards covert meddling and a growing preference for wielding sharp rather than soft power. In this context, overseas investments, once upon a time unilaterally admitted as a typical reflection of economic activities abroad, are nowadays used as weapons in order to trap, undermine and dominate vulnerable countries and nations in need. It is an undisputable fact that, for the past two decades or so, the two ‘geos’ (geopolitics and geo-economics) are rapidly being fused into a single phenomenon whose precise name remains unclear.

According to official data, FDI to Georgia was worth approximately $1.23 billion in 2018, 34.9% less than in 2017. A number of reasons were given for this significant drop, but the real question is whether such an amount is enough to develop the Georgian economy at the required speed. The most important task is that of identifying the countries that could hold the promise of extra investments. When looking at recent statistics, three countries (Azerbaijan, the UK and the Netherlands) represented 49.6% of total investments, followed by (in order of importance) the US, Panama, the Czech Republic, China, South Korea and Russia. But this is merely a glimpse of the bigger picture: at this point, we would rather mark a pause before proceeding to voice certain thoughts on the matter. Besides, any discussion must rest upon the specific characteristics of the major flows of international investment to Georgia as well as a number of matters that must be taken into consideration given the sensitivity of this issue.

A ‘Conquest of Eurasia’ through Investment?

This does indeed appear to be the case. As we mentioned above, investment in its various forms clearly serves various broader political purposes and has long-term implications for the economy and security of recipient countries. Although the number of self-evident front-runners in this race for a ‘conquest’ of Eurasia is of course limited, their identity comes as no surprise, since only very few countries are large and powerful enough (according to Mackinder) to compete for the command of the Heartland followed by that of the World Island on their way to global domination. Every actor therefore needs to be considered individually.

The Western strategy is commonly held to reflect practical aims and purposes that meet the expectations of those counties of Eurasia that aspire to become members of the Euro-Atlantic Alliance and consider themselves as belonging to Western civilization, and this approach to the Eurasian continent indeed contains several basic elements that fit smoothly with the long-term goals of countries like Georgia. First of all, in terms of international security, the Alliance bears the brunt of the costs and risks of seeking to counter rogue and revisionist states and to contain their geopolitical and military expansion. Secondly, and no less importantly, the Western sphere of influence over Eurasia (i.e. its western end) is, economically speaking, based upon trying to compete effectively (albeit with varying degrees of success) on local markets. More specifically, this competition is about maintaining international norms and standards for trade and investment and compelling (or trying to compel) revisionist states to abide by them. Overall, the success of any Western enterprise in the region could therefore be measured by the extent to which it encourages others to behave as responsible stakeholders. This ultimate goal (among others) can be accomplished by securing preferential access to Eurasian markets, by boosting direct investments, or by partnering with local industrial, trade and logistical hubs. It is also imperative that the West become more actively involved in various ‘mega-initiatives’ (‘streams’, ‘belts’, ‘roads’, etc.) in order to defend its interests against the claims and inclinations of some of their stakeholders. All in all, the West must ensure its competitiveness in the region and follow the principle of ‘the flag follows trade’—a principle that greatly benefits China’s geopolitical agenda.

So far, the hallmarks of China’s ‘anchor’ geopolitical projects, particularly the ‘Belt and Road’ Initiative (BRI) and ‘Made in China 2025,’ are allegedly insufficient transparency and a willingness to exploit the weaknesses and vulnerabilities of exposed economies in order to increase the precariousness of their positions. Various examples of Beijing’s ‘debt trap’ and ‘strings attached’ diplomacy via Chinese investments have led many observers to doubt the real economic intentions behind different projects and deals. Although some argue that it may be somewhat premature (but is it?) to jump to such conclusions, what is already clear, and indeed a historical fact, is that China does not see the world in the way we tend to. It is high time to admit this truth by recognizing the fundamental differences that distinguish our world view from China’s. A notable point for more mature discussions are Beijing’s European investments, which have skyrocketed from USD 850 million in 2008 to $43 billion in 2016. Behind this dramatic increase is China’s clearly discernible goal of creating a Sino-centric Eurasian order by ‘locking’ countries into exclusive bilateral economic relationships and creeping into geographically remote regions by attempting to downgrade or marginalize the presence of competitors.

As for the Middle Eastern mode of doing business, it is noticeable that one of the principal drivers of their decision to invest abroad is obtaining access to valuable knowledge and greater operational efficiency. It is also interesting to observe that it is primarily Middle Eastern sovereign funds rather than companies that act as ‘icebreakers’ seeking to chart a course in new territories. Lately, however, as the geopolitics of the Middle East encourage and sometimes force local players to diversify outside of the region, there has also been a notable increase in investing non-sovereign capital. More Middle Eastern companies are looking for safe havens for their funds by investing through long-term generating assets (e.g. real estate commodities, the financial and health sectors, etc.). These are all ‘trademarks’ of Middle Eastern companies’ activities, with the latest trend shifting towards China, India and the Asia-Pacific region—i.e. regions promising higher liquidity than the limited number of remaining options elsewhere in the world. This search for investment opportunities should clearly also focus upon emerging Eurasian markets, but it seems that the latter currently offer little potential for added value to Middle Eastern businesses. In general, investment from the Middle East, although not being (overtly) politicized, is nonetheless a ‘wholly different animal’ which needs to be studied closely given the profound differences (and oppositions) which exist in terms of cultural (mis-)perceptions.

According to the US National Security Strategy, Russia wants to ‘shape a world antithetical to US values and interests’—to which we would add that Moscow will continue to confront not only US interests but also those of other actors. In any case, these efforts will be sharply focused upon countries that Russia considers as belonging to her ‘zone of influence’ and will be expressed through hard power and economic coercion. Faced with this danger, we must remain extremely vigilant and block any interventionist investments which seek to dominate assets vital to the sustainability of our national economy. That said, maintaining a proper equilibrium and ensuring the transparency and democratic nature of ‘Doing Business in Georgia’, free from discrimination, will require masterly diplomatic and economic policy-making skills which we, as a small nation facing powerful winds in one of the most volatile regions of the global, must learn.

Several basic principles need to be reconciled. Firstly, Georgia cannot contain malign, dominant geoconomic powers on her own, and therefore needs to be part of the Western alliance. Secondly, the country cannot turn its back on its own neighbourhood, and must seek to maintain good relations with its neighbours. Thirdly, Georgia has her own national interests which must be pursued regardless of regional ups and downs, and whose maintenance is critical for her sustainability as a nation-state. Explaining in detail the policies and instruments through which these principles could be applied goes beyond the scope of this article, but a few points can briefly be mentioned. Abroad, Georgia must ceaselessly pursue projects in her own interests that aim to increase or deepen development in Eurasia; since 1992, for example, the EU has launched several such projects within the framework of its ‘Transport Corridor—Europe-Caucasus-Asia’ (TRACECA), and various US initiatives seek to support the creation of a New Silk Road, to name but a few. Domestically, we must be wary of promises of debt investments—always carefully considering the type of debt involved, its ratio to GDP and the availability of the sources required to service it. In addition, given the varying (and sometimes controversial) nature of global investment flows, the government might consider designing and introducing a mechanism for screening or pre-approving investments. This mechanism should in no way be seen as ‘anti-investment’ or ‘anti-democratic’, but should instead match Western efforts to safeguard strategically important assets. At the end of the day, however, it is important that we Georgians ask ourselves what we want and need in terms of development, and that we consider how the latter can be made to correspond to the expectations of our partners and the civilized world. Only such an approach can safeguard our own interests without letting others down.