Brexit – A Renaissance of the European Union? 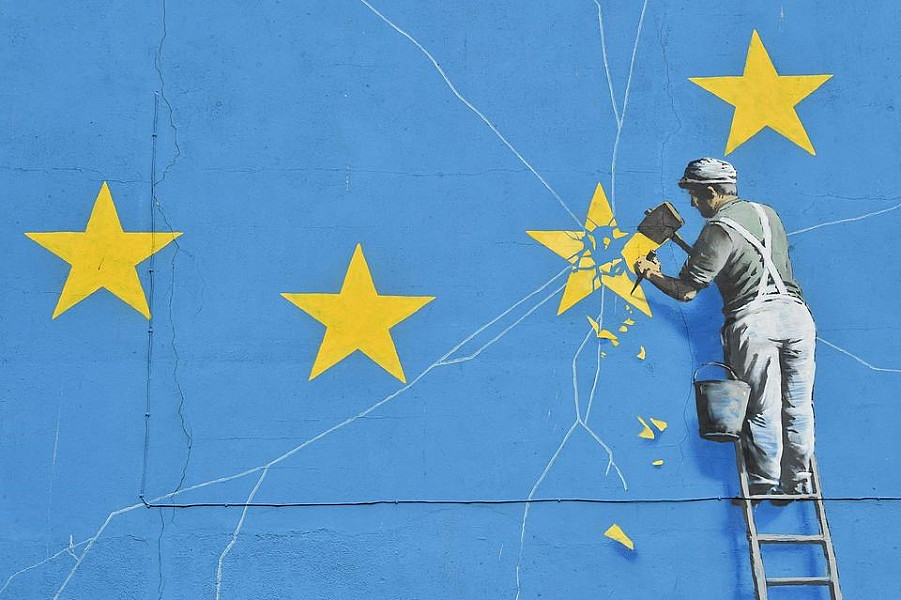 Estimates of the impact Brexit will have on the European Union vary, yet one is indisputable: Britain’s departure casts doubt upon the very future of the European Project. That said, the United Kingdom has always entertained ambivalent relations with the EU. Back in 1946, the then-Prime Minister Winston Churchill insisted on the need for a "European Family" and a "United States of Europe", but eventually the British refused to participate in the formation of the European Economic Community and contented themselves with observer status in 1957. Barely a few years later, however, the country became eager to join the EEC and officially submitted its candidature for membership in 1961—but France strongly opposed the idea. Charles de Gaulle, the French President at the time, believed that the UK's foreign interests (and especially their American focus) did not correspond to the idea of ​​the European project, and in 1963 and again in 1967 vetoed UK membership of the EEC. Britain's accession was finally made possible during the French presidency of Georges Pompidou, whose consent to UK membership was mostly dictated by the need for an economic counterbalance to Germany within the EEC. After a twelve-year wait and two rejections, the UK therefore joined the European Economic Community in 1973—but barely two years after joining, the British decided to hold a referendum on whether or not Britain should remain a member. Although the country did subsequently express the wish to remain in the EEC, it did not seek full integration with the later Union: the UK did support the creation of the Eurozone in 1992 but refused to join it; nor did it wish to become part of the Schengen Area.

That said, the UK’s eclectic attitude towards European union has not prevented the European Project from developing and expanding for over 70 years. And today, of course, as the UK leaves, the need to maintain a balance of power within Europe is just as important as it was 47 years ago. From now on, promoting and protecting the different national interests of the EU’s 27 member states at the European level will depend on a new equilibrium which Europe’s capitals are actively seeking to shape.

From an economic point of view, the EU is losing an important member. After Germany, the UK was the second most powerful economy in the Union, accounting for 15% of its GDP, and its departure will complicate the pressing challenge of competing with China. Geopolitically speaking, Brexit has also weakened the EU’s position—for example in the United Nations Security Council, where France remains the EU’s single permanent member. The UK’s departure has also dealt a blow to the EU’s total population, shrinking it by 66 million.

Germany, France and Poland now make up almost half (42%) of the EU's population, and it is therefore now much more important that the three co-operate within the Union. In this regard, their trilateral format of co-operation - the so-called “Weimar Triangle” is noteworthy. Initially established in 1991—two years after the fall of the Berlin Wall and in the same year as the collapse of the Soviet Union—the Weimar Triangle was in ideological terms created to enable France to accompany the process of German-Polish reconciliation, and France and Germany to help Poland join NATO and the European Union. Once these goals were achieved, the Triangle’s political significance was replaced by sectoral co-operation among the three countries. Following Brexit, however, the desirability and necessity of restoring the Triangle’s political weight can already be seen in the search for a new balance of power within the EU. Yet although a joint statement issued on 21 January by the French, German and Polish Ministers for European Affairs declares that the three countries are “convinced that the Weimar Triangle can play an important role to promote a strong, sovereign, democratic and fair Europe,” there have already been some significant clashes of opinion on a number of European issues.

In the wake of Brexit, Franco-German unity is undoubtedly vitally important for consensus on European issues, but paradoxically relations between Paris and Berlin within Europe are currently at one of their lowest points, with the two disagreeing over strategic issues such as defence and security or even future EU enlargement. Unlike French President Emmanuel Macron, Germany believes in the importance of NATO to European defence and security in the future, and opposed France’s decision to veto the opening of EU accession negotiations with Northern Macedonia and Albania in October last year.

Furthermore, in his plan for reforming the EU (i.e. achieving a "European Renaissance"), Macron suggests building a Union with a sovereign, democratic and strong economy. He also casts doubt upon the reasonableness of continuing to rely upon NATO for Europe’s security and defence, arguing that Europe can only maintain her sovereignty by fielding a European army, and that European security needs to be built upon new relations and dialogue with Russia. Unity among the Union’s member states is vital to Macron’s ultimate goal of a geopolitically stronger Europe, but his vision of a modernized EU, and particularly his scepticism towards NATO and desire to include Russia in a new European security architecture, are causing more discordance and distrust rather than concordance within the EU. Germany is far from alone in disagreeing with Macron’s views.

Given Europe’s recent past, this question is particularly sensitive for the Union’s Eastern and Central European members, notably Poland. It is therefore no coincidence that Macron visited Warsaw barely three days after Brexit (which he described as a "historic alarm signal"), and both Poland and France have unanimously stressed the need to strengthen the EU. Well aware of the two countries’ differences, however, and especially regarding the relative importance of NATO and Russia to European security, during his visit to Poland Macron also emphasized the importance of co-operation with NATO alongside the need to resume political dialogue with Russia. For his part, the Polish Prime Minister rightly noted that “from a French point of view, the conflict in Ukraine, provoked by Russia, may seem distant. Whereas for us, [Ukraine] is our neighbour. We are better acquainted with the risks. Just like France in North Africa.”

Strategic relations with North Africa, and more broadly with the African continent, are top priorities for both Macron and the European Union. Of particular note in this regard is the fact that the twenty-year-old Cotonou Agreement between the European Union and the countries of Africa, the Caribbean and the Pacific region expires on 29 February. This date will mark the beginning of a new phase in relations between Africa and the European Union. Today, the population of the European union observes the immigration as a key challenge to the EU. Preventing and properly managing immigration from the African continent is essential to the European Union's economic strength and prosperity, but in this regard the EU is facing a very serious challenge as the United Nations foresee that Africa’s population will double to 2 billion by 2050. The EU is trying to meet this challenge by promoting the economic development of African countries, but the challenge is that Africa's number one trading partner today is not the EU but China.

Differences of opinion among member states have always made it difficult for the EU to prioritize either Eastern Europe or Africa, but it is obvious that European investment in both regions is vital to the EU’s internal security and strength as well as for future enlargement.

Given the Brexit factor, however, everyone agrees that the EU (now more than ever) needs internal reforms if it is to strengthen its presence on the international stage. In this respect, Macron is currently the only European leader to put forward a politically ambitious plan to modernize the EU—but this plan is isolated and lacks allies. In addition, Macron's dual ambition to simultaneously persuade European leaders of the need, on one hand, to support a greater involvement in parts of Africa, with which France entertains historic ties, and on the other hand, to include Russia in a new European security architecture, is particularly unforeseeable.

Ultimately, overcoming the post-Brexit period and meeting the complex challenges that the EU faces in terms of security and economic development will depend on the future determination of foreign policy priorities in both Eastern Europe and on the African continent. As part of efforts to strike a fair balance between the two, close trilateral co-operation among France, Germany and Poland could indeed play a key role, within which achieving a unity and consolidation on a range of strategic issues will be of particular significance—a unity whose absence is exactly that generally hamper today's EU renaissance.

Photo: A mural by the artist Banksy in the port city of Dover, Great Britain

Human Rights for Everyone and Everywhere

Author:
9 Dec 2020
December 10, 2020, International Human Rights Day. This is its 72nd anniversary and global society still agrees to create a world in which “human beings shall enjoy freedom of speech and belief and freedom from fear”, as noted in the Universal Declaration of Human Right...
Read more

President-elect Joe Biden and the EU: Waves on both sides of the Atlantic are now blue

Author:
25 Nov 2020
"Health, climate change, digital, reform of the multilateral rules-based system - Europe takes the initiative and offers a new positive agenda with the US. We should provide a joint leadership and address today’s global challenges,” believes the European Commission Pres...
Read more

Author:
5 Aug 2020
The new coronavirus pandemic is unprecedented not only quantitatively, by the scale of its geographical distribution, but also qualitatively: its impact on our world is multidimensional, encompassing public health, humanitarian, economic and geopolitical spheres. Its un...
Read more