Polish Democracy in Danger: When The Unlawful Dictate The Law 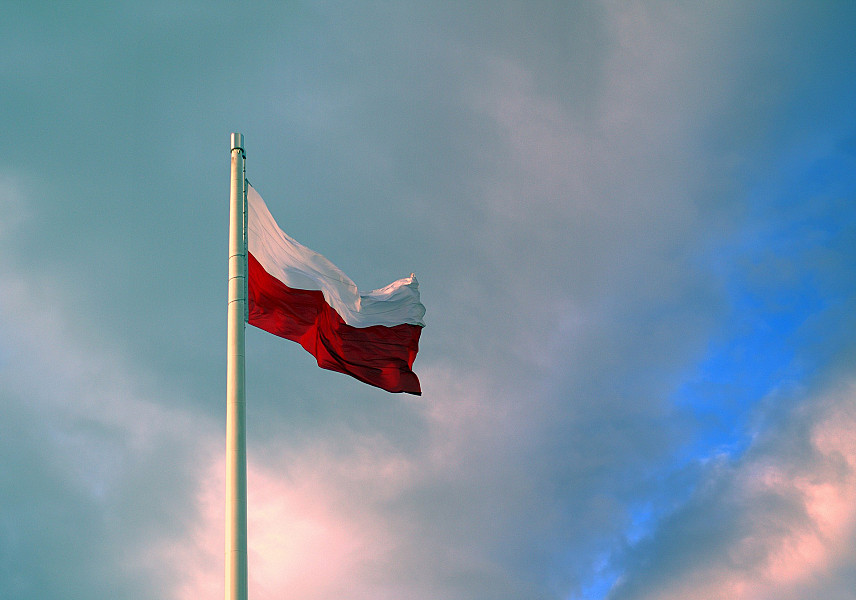 On 22 October 2020, the Constitutional Tribunal of the Republic of Poland ruled that abortions in the case of malformation of the fetus are unconstitutional, the decisions that sparked the largest protests Poland has seen since the fall of communism. Hundreds of thousands of Poles marched in the streets, amid a second wave of Pandemic last October. The ruling came as a result of a request filed in 2019 by a group of Polish parliamentarians from the Law and Justice Party (PiS) and the far-right, who asked Poland’s Constitutional Tribunal to rule on the constitutionality of the legality of abortion in cases of malformation of the fetus. Consequently, Polish hospitals and medical practitioners are no longer allowed to carry out an abortion in the case of a foetal anomaly. The doctor who performs the procedure or any other person who helps a woman with an abortion may be imprisoned for up to 3 years.  As such cases represent the great majority of terminations performed legally in Poland yearly, this decision has imposed a near-total ban on abortions in the country. The only exceptions to the total ban on abortion are in cases of rape or incest or when the mother’s health is in danger.

According to Poland’s Constitutional Tribunal, allowing abortions for foetal abnormalities clashed with Article 38 of the Polish constitution, which protects the “right to life of every human being” and applies even when there is little or no chance a baby will survive after birth. Notably, Poland already had one of Europe’s most restrictive abortion laws. Polish women have been traveling to other European countries for abortions for years. Even before the ban, conscientious objection – the possibility that a doctor may refuse to perform an abortion based on their personal or religious beliefs – made legal abortions difficult. A 1993 law on The Family Planning, Human Embryo Protection, and Conditions of Permissibility of Abortion of Poland allowed termination of pregnancy when prenatal examinations or other medical conditions indicated that there was a high probability of a severe and irreversible fatal defect or incurable illness that threatened fetus’s life; the pregnancy posed a threat to the life or health of the pregnant woman; When there were reasons to suspect that the pregnancy was a result of an unlawful act. The last two remain legal but are relatively very rare.

On 7 May 2021, the European Court of Human Rights (ECtHR) issued a landmark judgment in the case (Xero Flor v. Poland) regarding the lawfulness of the composition of Poland’s Constitutional Tribunal. The ECtHR unanimously found that the Republic of Poland breached Article 6(1) of the European Convention of Human Rights (ECHR) as regards both the right to a fair hearing and the right to a tribunal established by law, due to the fact that one of the unlawfully elected judges, Mariusz Muszyński, sat in a five-judge panel of the Constitutional Court that issued the decision on the discontinuation of a constitutional complaint filed by a Polish company, Xero Flor. The ECtHR ruled that Poland should pay €3,418 to Xero Flor in respect to costs and expenses. Notably, it did not provide any guidelines for the Polish government to follow in terms of general measures. Nonetheless, the Polish authorities are still obliged to eliminate the cause of the Convention’s violation, which logically includes not only the fact that the Constitutional Tribunal issued a ruling with the participation of an unlawfully elected person but also the other two elected judges back in 2015 since they had not been elected in compliance with the applicable law. Could we say the same thing about the Constitutional Tribunal finding abortion on the grounds of “severe and irreversible fatal defect or incurable illness that threatens the fetus’s life” unconstitutional? This particular ruling violated many provisions of domestic law and international treaties and opened the possibility of numerous violations of human rights and fundamental freedoms. Furthermore, The Constitutional Tribunal, unduly influenced by the legislative and executive powers, issued the ruling with the participation of 3 unlawfully elected Judges, thus was not a “tribunal established by law.”  The Polish women impacted by the ruling of the Constitutional Court consider submitting a complaint to the European Court of Human Rights. Sadly, the answer of the Polish Constitutional Tribunal regarding the ECtHR’s judgement on Xero Flor v. Poland does not give much hope. According to the statement: “In the opinion of the Constitutional Tribunal, the ECtHR’s judgement of 7 May 2021, insofar as it relates to the Constitutional Tribunal, is based on theses that demonstrate a lack of knowledge of Polish legal system, including the fundamental principles governing the position, system, and role of the Polish Constitutional Tribunal. In this respect, the judgement was issued without a legal basis, exceeds the competence of the ECHR, and constitutes unlawful interference with the national legal order, especially in matters which are outside the competence of the ECHR; for these reasons, it must be considered a non-existent judgement (sententia non existens).”

These are the reasons why the Constitutional Tribunal in Poland is widely thought to be controlled by the ruling Law and Justice Party (PiS). Unsurprisingly, the party is accused of destroying the checks and balances of Poland’s democracy. However, the Polish authorities have clearly shown that they are not particularly perturbed by the criticism. “The good of the nation is above the law. If the law conflicts with that good, then we’re not allowed to treat it as something that we can’t break,” said Kornel Morawiecki, member of the 8th legislature of the Sejm. The political authorities had incapacitated the body that could review the constitutionality of legislation. According to the Constitution of the Republic of Poland Article 10 (1), The system of government of the Republic of Poland shall be based on the separation of and balance between legislative, executive, and judicial powers. An article which has been repeatedly breached. It is evident that Polish Constitutional Tribunal can no longer effectively perform its function as a key democratic institution. The legitimacy of judgments issued with the involvement of unauthorized judges are called into question deservedly. The unlawful structural changes in the Constitutional Court had led to serious constitutional crisis and had resulted in weakening of the mechanisms of the protection of human rights in Poland. It is evident: Without International help, Poland’s democracy is truly in danger. The Constitutional crisis is Poland has been going for several years already but the country is not being able to solve its current crisis internally. Various EU Institutions have expressed deep regret that no compromised solution had been found to the fundamental issue of the proper functioning of Poland’s Constitutional Tribunal, its legitimacy and independence, which alarmingly undermines the Polish Constitution, democracy and the rule of law in Poland. Meanwhile, Polish women are suffering and the ‘deep concerns’ expressed by the EU institutions without taking measures in place will not change the disturbing reality.

The Article 46 of the European Convention on Human rights sets out the obligation on the Contracting States to abide by the European Court of Human Right’s judgements and applies to every judgement in which the Court has found a breach of the Convention. The final judgement of the Court is transmitted to the Committee of Ministers, which supervise its execution. In case of refusal from a High Contracting Party to abide by a final judgement, Committee of Ministers considers the measures to be taken. Sadly, as aforementioned, the Polish government does not have the slightest intention to comply with the judgement and has blatantly “nullified” the Court’s ruling. A truly unheard act, without a legal basis and outside its competences.

If the Committee of Ministers let this pass, the rule of law and democracy in Poland will fade away even faster than we thought. Besides, the EU will lose its role as a guardian of the rule of the law once and for all.