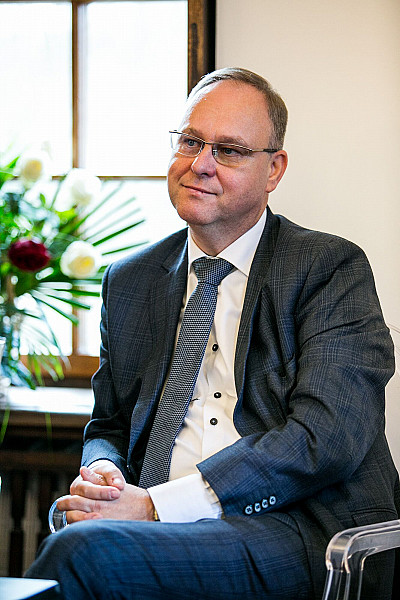 Member of Advisory Board

Dr. Andrzej Klimczyk is a former Polish diplomat with more than 20 years of work experience in CIS countries, as well as an expert in human rights and democratic reform (electoral systems, freedom of speech, and mass media). He has broad experience in the security and defence sector. He served as a former journalist and press attaché in Polish Embassy in Moscow (1996 – 2000). Also he is a former Political Officer in the OSCE Mission to Moldova (2001 – 2008). In this capacity he participated in the negotiation process aimed at solving the Transdniestrian conflict in the “5+2” format. As a Political Officer in the NATO Liaison Office in Georgia from 2010 – 2017, he was responsible for monitoring and facilitating cooperation between Parliament and Georgian authorities; encouraging judicial reform, penitentiary and pro-abolition reforms; and facilitating strengthened political dialogue in Georgia.

Dr. Klimczyk has significant experience observing general, local and municipal elections in Russia, Ukraine, Georgia and Moldova. He graduated from Poznan University with a Master’s in Political Science and a PhD in International Law.