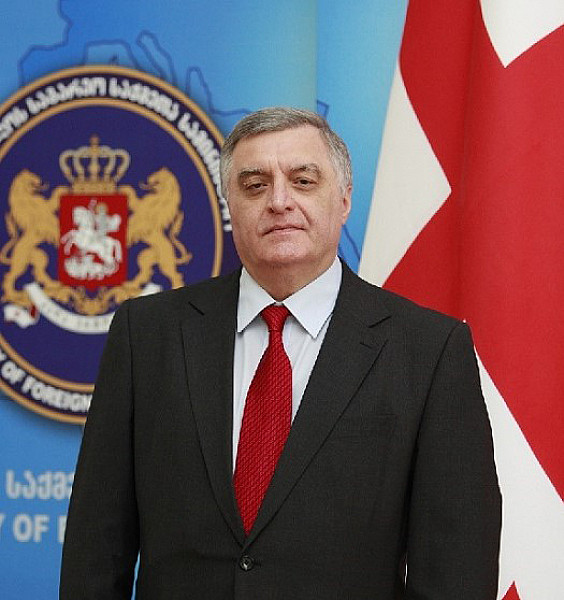 David Aptsiauri is the Director on Economic Policy at Geocase. He also has been appointed as the representative of the Government of Georgia in the New Silk Road project. Prior to that, he worked as a Senior Fellow at the Leval Mikeladze Diplomatic Training and Research Institute under the Ministry of Foreign Affairs of Georgia.

In addition to his diplomatic agenda of work, Ambassador  David  Aptsiauri, as a Visiting Professor and leading researcher, had been actively involved in the implementation of training and research programs on international economic relations issues at Georgian and foreign universities and prominent research centers. He, as a Visiting Professor, lectures at the Beijing University of International Business and Economics, Shandong University of Finance and Economics (China). He delivers lectures at Tbilisi State University. From 1994 to 2013, he was actively involved in the implementation of academic and research projects in the United Nations system, also gave lectures at the Columbia University in the City of New York, the University of Florida, the New York Bar Association, etc. He has participated in high-level international conferences organized under the auspices of the United Nations.

From 2004 to 2013, as a high-profile visiting lecturer and expert, he cooperated with the educational and research organizations of Azerbaijan, Kazakhstan, Turkey, Sweden, Belgium, Greece, China, the Baltic States, and other countries. In 2019, he conducted a training course on economic diplomacy at the Diplomatic Academy-University of Azerbaijan for the diplomatic staff of the Central Office of the Ministry of Foreign Affairs of Azerbaijan. In addition, he has participated in many high-level international conferences, seminars, and training programs (including presentations at the special sessions of the UN General Assembly and other forums) in Europe, United States, Asia and Latin America on international security and economic cooperation, conflict resolution and sustainable development, as well as on the issues of Children, regional and interregional aspects - including the West-East dimension. Also, he is a high-level expert of the Astana Economic Forum (Global Forum).

Author:
8 Oct 2021
The epidemic wave of Covid-19 has drastically changed our political, economic, cultural life, as well as the ordinary life of human beings, putting all in one restricted and extra regulated environment… Naturally it has covered the life of many nations of the world, for...
Read more