The Election System: Compromise in Georgia 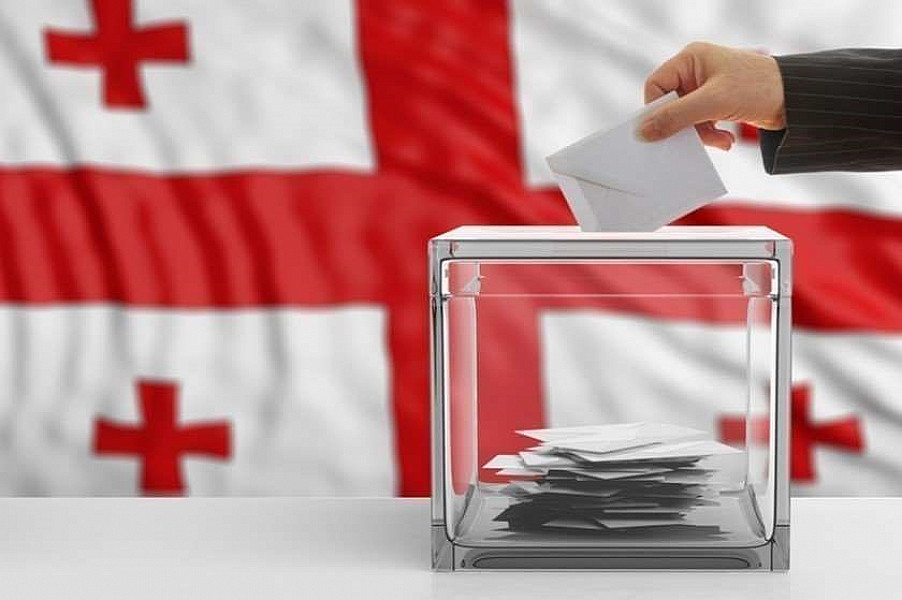 The fact that election years in Georgia are characterized by boundless political battles has unfortunately become an integral part of the country's political culture. When Georgia gained its independence, political elite emerged from a society imbued with the idea of national unity, transformed into an unusual hybrid of pseudo-liberal, nationalist, and communist values. Competition between ideas, diverging opinions, and heated debates are part of a healthy political process, however, when disagreement on fundamental issues is a key feature of the relationship between the parties, it is a sign of a sad political diagnosis. The 2020 parliamentary elections and surrounding constitutional process and vacillations turned out to be another unfortunate confirmation of the aforementioned reality. The political elite has again failed to reach a consensus on the electoral system and to consolidate representative democracy in the process of forming common rules of coexistence. The reasons vary, ranging from psychosocial factors to the country's economic situation. First, let us talk about political instability as a phenomenon that damages the country's development.

There are many different views on the formation of a state, but governing through the principles of cooperation and mutual control of democratic institutions is the most rational and fair system, as evidenced by the centuries-old history of many states. While the history of human rights is a history of the fight for freedom, a number of developed states have agreed on the principle that fundamental issues must be resolved in an institutional format. The basis of the state architecture of all democratic or nominally democratic countries is the main law – a constitution, which establishes the legal formats, basic values and systems of a country. Agreement on constitutional principles is a necessary precondition for a territorial unit to become a state. If we look at the Constitution as a social phenomenon, we can easily see that it is a document of public consent to a common future. The electoral system, as a tool for the transfer and formation of power, is one of the main components of the constitutional consent process. The citizens of Georgia did not recognize the special importance of building and expressing consent to the constitutional foundation; we started glorifying our independence without a properly defining and capturing a system of fundamental values. In spite of those who wished our new republic harm, we began to rebuild the broken sectors of the economy, set up administrative organs to provide modern state services, work to deepen international relations, aim at European and Atlantic integration. Meanwhile, we discovered that one of the state’s fundamental elements – an election system – has been a subject of disagreement steadily for 29 years.

The constitutional and electoral changes approved by the Georgian legislature a few weeks ago set new rules for the proportions (120 seats elected by the proportional system and 30 seats by the majoritarian system) of the distribution of seats for the 2020 election, determine the conduct of the election campaign, party financing, election advertising and voting. According to election experts, the diplomatic corps, and international organizations, the changes are a significant step forward in ensuring a fair, transparent and free election and electoral system. The main drawback of this process was the refusal of the opposition to participate in the voting. Another missed opportunity, another precedent for failing to reach a compromise, and another example of flawed categorization of priorities. Negotiations between the government and the opposition, which began after the failure to adopt constitutional amendments by a majority in November 2019, were promising, but the final consensus has traditionally been hampered by reasons sometimes clear to the public, sometimes unknown. The largest opposition wing in the parliament withdrew from the parliamentary platform after the implementation of the March 8 agreement, and eventually the legislature adopted changes with the involvement of the ruling political force and a small part of the opposition.

The process of electoral change has presented several important problems. Georgia, as a state, is actively assisted by foreign friends, both individual states and international organizations. Since the range of challenges of this country is wide, the forms of support by allies are also diverse, from financial support to the sharing of expert knowledge. However, to conserve the resources of our partners, it is necessary to determine to what extent and in what issues their participation is crucial for the democratic advancement of the country. When we talk about the agreement on the election legislation, it should  be the exclusive responsibility of Georgian politicians to reach a consensus despite differing views. The need to involve the diplomatic corps as a facilitator in the negotiation process on domestic legislation between Georgian political parties emphasizes the low state responsibility of the Georgian political elite. The role of a politician does not only involve commenting on political topics, but also includes participation in resolving issues of state importance and taking responsibility for the decisions made. Consequently, if Georgian politicians are unable to engage in independent dialogue with each other and compromise, it may be time for them to start thinking about resignation.

Another important shortcoming of these events was the attitude of politicians and parties towards the Constitution of Georgia and the constitutional process. It became clear that it was more important for some politicians to show off in front of the diplomatic corps by signing an agreement, which included apparent national consent than to participate in the voting in the Parliament, elected by the citizens of Georgia, and supporting the amendments to the main law. It is quite logical that every political party has its own strategy and agenda, however, when we talk about the main document of the country, it is important not to try to manipulate it for political benefit – with all due respect to the freedom of all human beings and the right to a fair trial. In Georgian politics, compromise has lost its true meaning, and is seen as a zero-sum game in which only one side wins in exchange for the defeat of the other. Constitutional consent cannot mean the victory of one party over another, but mutual participation in determining the common future and the proportional distribution of the burden of state responsibility. This text may sound overly dramatic to the reader, but the fact is that if the political class does not elevate itself, and their approaches do not change, we will continue walking in the same circle. Therefore, in the ongoing process of building this country, first we have to strengthen its foundation, and only then can we think about the next stages of development.

Perspectives for Abkhazia and Tskhinvali Region/S. Ossetia to be Recognized as Occupied Territories by International Courts

Author:
20 Mar 2021
The co-author of the GC Policy Paper is Dr. Saba Pipia, Asscociate Professor at Georgian American University   The full version of the document in available in Georgian language here
Read more

Author:
5 Jan 2021
Abstract: States’ actions during the pandemic have caused extensive unintended consequences and aggravated living and safety conditions of certain vulnerable groups of people. Women migrant workers are one of the casualties of unsystematic and inconsistent restrictive m...
Read more

Nagorno-Karabakh - Road Map for the Occupied Territories of Georgia

Author:
30 Nov 2020
Recent developments in Nagorno-Karabakh have fundamentally changed the geopolitical architecture, shifting both the balance of power in the regional centers and a reducing the role of international actors in resolving the conflict. Armed conflict has also provided an op...
Read more