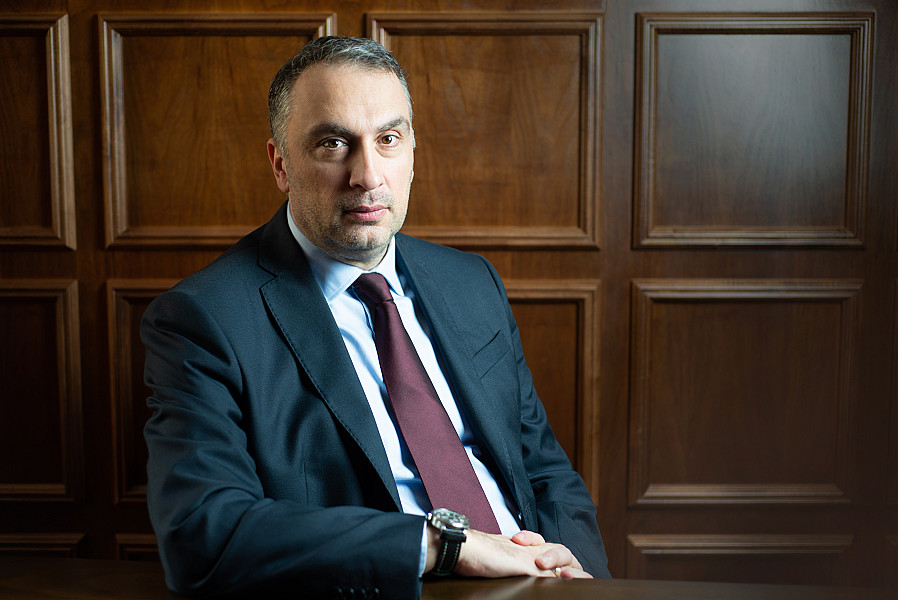 
Every NATO summit that has been held over the past decade has been a test of Georgia’s patience and expectations given Tbilisi's deserved ambition to formally join the Alliance. NATO has even established a tradition of appraising this or that form of progress in NATO-Georgia co-operation and of defining further indicators—some new, some specific and some enriched with general formulations. Similarly, it has become a solid Georgian "habit" to read between the lines of these indicators and any promises made and to try to find an answer to the eternal question: when will the Alliance's words become an official decision?

So far, summit is followed by summit and declarations by new declarations, whereas on the road to becoming a formal member of the Alliance, the prospects for an ever greater deepening of NATO-Georgia relations remain unlimited. Meanwhile, the summits of 2008 and 2021 are not only separated by a long period of time but also by enormous differences in the very nature of international relations. Similarly radical changes have already led to a very complicated and unpredictable security situation in the vast Black Sea region that will require timely and adequate responses—and this, in turn, requires timely and thematic political and military decisions. Such specificity has no alternative, whereas another attempt for the “Membership Action Plan” (MAP) or to renew “Substantial Package” would mean that Georgia as well as its allies in the region will continue to merely react to events. Moreover, depending on how events will develop, the possibilities implied even within this post-reactive regime will be significantly restricted, and we will finally end up with a list of useless political and security measures for a superficial response. As a result, our mutual geostrategic interests will decay, whereas future attempts to back-track will require irrational levels of financial expense and effort.

This all seems quite clear. It has often been said, and will no doubt be repeated in future. At least we Georgians know that we have not spared ourselves on the path to Euro-Atlantic unity, and in this regard we have done our share alongside our partners. And yet: since this summit as well as future ones (?) do not really offer anything more than “encouraging prizes” for membership of the Alliance, we would like to remind ourselves as well as all our supporters of several stable facts and conditions:

-    Nowadays, the preparedness and professionalism of our country's armed forces are in no way inferior to those of some of NATO members. Besides, according to several sources, the combat effectiveness of Georgian units indeed exceeds that of several Eastern European countries. It is thus easy to imagine how membership of the Alliance, if it is not delayed once again, would further affect Georgia’s armed forces and their modernization;

-    Georgia’s political system is distinguished in the region by its growing democratic nature, whereas our objectives and strong commitments will reveal an even greater difference between ourselves and our neighbors in terms of the evolution of state institutions;

-    The efforts of the modern Georgian state and society to strive towards full integration with Euro-Atlantic political, economic and defense unity are unprecedented. In the process of European and Euro-Atlantic rapprochement, our country is therefore a good example for others of consistent objectives, a commitment to principles and trustworthiness for partners.

Based on all the above, we believe that it is time for us and our Western partners to finally “find” each other in the region and to let our interests overlap in a meaningful way. According to any sound geopolitical opinion, pseudo-ethnic conflicts and technical reasons that leave issues hanging in the air for an uncertain amount of time only block the path towards closer links with additional obstacles and make perspectives vague. Uncertainty such as this emboldens domestic criticism and encourages adversaries abroad.

Opponents of NATO’s further Eastern expansion and of Georgia’s membership of the Alliance often discuss the attendant risks and how they can be avoided. We do not argue about this either: no country's membership—including Georgia's—should become a reason for a "hot" phase of global confrontation or acute regional conflict. We also understand perfectly well that in order to achieve tangible interests, modern international relations based upon rational calculations have a clear advantage against inconsiderate ideals of self-sacrifice. All this is both understandable and acceptable. Moreover, this is an art of pragmatic management that unfortunately remains very new for the Georgian government, but that it will have to master if it is to become a modern and competitive nation-state.

That said, is the North Atlantic Alliance exclusively a club for strong countries? Should weaker countries stay beyond its attention and defense resources? Is not this Alliance above all a values-based organization that is bound to prefer Georgia's democracy and pro-European efforts to the over-pragmatism of the current conjuncture of geopolitical considerations? Is not NATO's main purpose to defend and protect such a country and to support and maintain countries with similar political strivings and paths to development? Is this not one of the main venues for further reform of the Alliance itself and its proper rapprochement with current realities?

When talking about Euro-Atlantic integration, the reciprocity of this process has often been mentioned as well as the need for both sides to move towards each other at the same pace. Besides equality, this process must also be in line with the tempo of current events. Unusual times require specific, fruitful and bold decisions made by pragmatic people. At this stage, Georgia’s NATO membership has long overtaken the idea of the country simply becoming a member and has acquired a much deeper meaning: will the North Atlantic Alliance manage in the nearest future to take steps that will prove to itself its own viability and to all of us the durability of a civilized decision that has no alternative? The time in which this question must be answered is flying faster than ever.