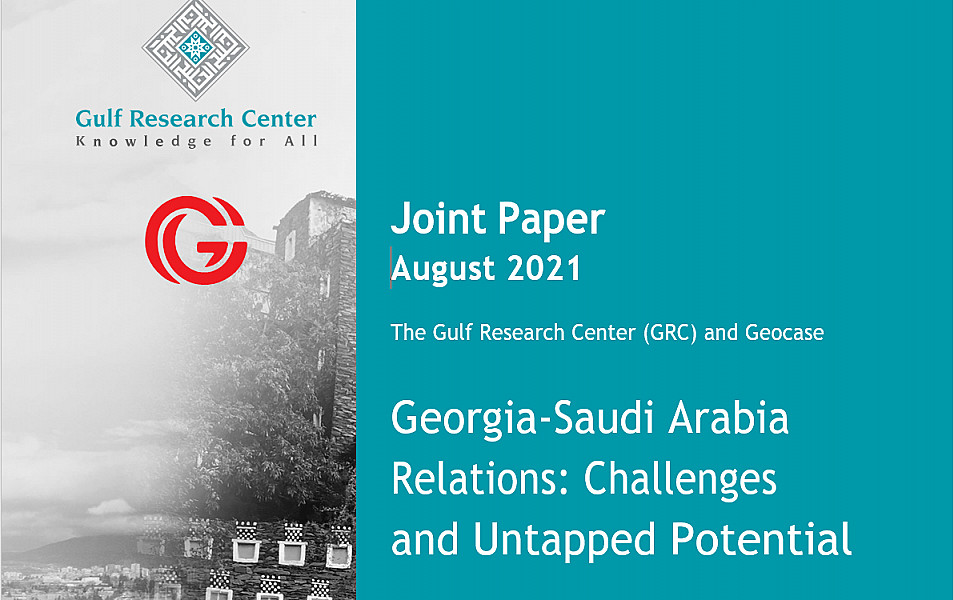 The joint paper between the Gulf Research Center (GRC) and Geocase focuses on areas of cooperation between the Kingdom of Saudi Arabia and Georgia. This includes fields of proposed developments within the economic sector including tourism, deepening business and commercial relations, as well as progress in the field of military cooperation. The issues pertaining to bilateral cooperation and prospects for relations between Georgia and the Kingdom of Saudi Arabia aim to highlight the importance of strengthening friendly relations to enable the promotion of political, economic, social, and cultural ties between the two countries.

Given the territorial proximity, the regional actors of the Middle East see ties to Georgia and the South Caucasus from several perspectives including as an additional route for relations with Europe. Since the collapse of the Soviet Union brought an end to Georgia’s isolation, a gradual reclamation of its historical role as a cultural and economic crossroads between the Middle East, Asia, and Europe has taken place. Thus, this paper puts great attention on the connections between the Gulf region and the Caucasus region in formulating policies to deal with intra- and interregional affairs, not only for the counties of both regions, but also for external actors that are interested and engaged in the two regions.

As both countries are also focused on expanding their footprints in the direction of South and East Asia, this paper seeks to explore dimensions of developments for a closer and proactive partnership that would strengthen cooperation between the international community and the governments of Saudi Arabia and Georgia, to ultimately address the globally important issues of security, peace, and sustainable development.

To read the full paper please download the PDF file.